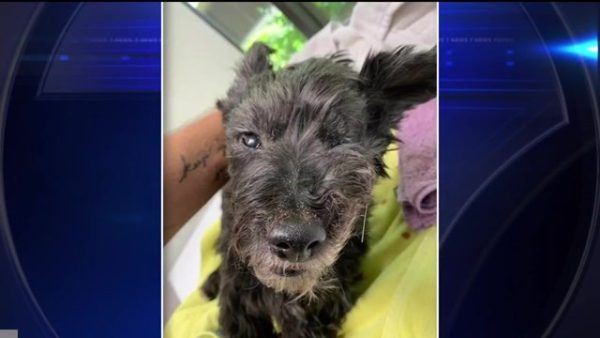 A South Florida pet owner is devastated and angry after, he said, his rescue dog was run over on the beach by someone whose job it is to ensure safety.

Speaking with 7News on Sunday, Ron Katz said Rudy, his 6-year-old dog, was his best friend.

“Happy birthday, Rudy. We have a burger for you,” Katz is heard saying in the video.

Katz said he also liked to take the Havanese mix for some fun on the sand. Another video shows the two of them walking on the shore.

But now the sound of Rudy’s bark and jingling collar has been replaced with a piercing silence.

Clutching onto his dog ashes, Katz said he is angry.

He said Rudy was hit and killed on the Hollywood Dog Beach by a truck driven by a lifeguard with the city’s Beach Safety Division.

“I took my eyes off him for a little while, and then, within like a minute, somebody started yelling, ‘Your dog, your dog!’” he said.

Katz said he ran and found Rudy pinned underneath the truck’s front tire.

“I put Rudy on one of my towels, and he was bleeding all over the towel, and then I got to my car and started to drive to the Fort Lauderdale pet hospital,” said Katz.

Sadly, Rudy did not survive.

City officials said Marine Safety Capt. Leo Yost was driving his truck here on a narrow pathway close to the dunes at about 5 miles an hour when he hit the dog.

However, on a phone interview with 7News, witness Dimitri Laskaris said that wasn’t the case.

“He was not going 5 miles an hour, but it was negligence, simply put,” he said.

This isn’t the first time the Safety Patrol has been involved in a crash on Hollywood Beach.

Back in 2012, the Beach Safety chief ran over a sunbather, but this is the first time a dog has been hit.

Katz has filed a claim with the city, but he said the law only sees Rudy as property, not a family member.

Now Katz wants something to change.

“It’s like a complete oxymoron. He’s in charge of all the safety on the beach, and yet he ran over my dog and killed him,” he said.

Katz has also filed a police report and expects to receive a copy of it later this week. He said he is now looking for a lawyer.

As for what he wants to see changed, Katz said trucks should not be allowed on the beach, only open air vehicles, so they can see better.

Katz added the speed limit should be even slower, and Yost needs to be held responsible.

As of Sunday night, Yost does not face any charges. It remains unclear whether or not he will face any disciplinary action. 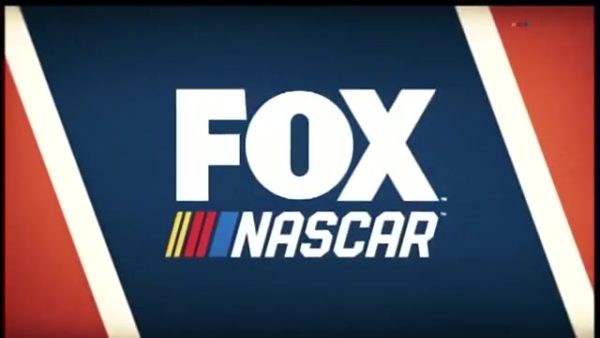 RICHMOND, Va. (AP) — Kevin Harvick may be stamping himself as the man to beat in NASCAR.

The 2014 series champion took the lead from Joey Logano with 66 laps to go and held off Christopher Bell at Richmond Raceway on Sunday for his second consecutive NASCAR Cup Series victory.

Harvick, who ended a 65-race drought last week at Michigan, won for the 60th time, the fourth time at Richmond and first time on the 0.75-mile oval since 2013. He matched Kyle Busch for ninth in career victories in the premier series and credited an increased understanding of the Next Gen car for his progress.

He even took some blame for allowing Bell to come so close at the end.

“I knew he was coming, but I forgot to shift down the front straightaway the last time,” he said. “I was not paying attention and he got closer than he should have. I made a mistake there a couple laps doing the same thing.”

Harvick’s victory also kept alive the intriguing battle for the final playoff position with two races remaining in the regular season. The 15 winners this year have all likely claimed playoff berths unless there are new winners when the series moves to Watkins Glen and then Daytona.

Bell finished second, followed by Chris Buescher, Denny Hamlin and Chase Elliott. Joey Logano, who led for 222 of the 400 laps, faded to sixth, followed by Martin Truex Jr. Ryan Blaney was 10th. Blaney and Truex are the top two drivers in points hoping to make the 16-driver playoffs without a victory.

Thanks to stage points, Blaney increased his lead from 19 points to 26 over Truex for the final playoff spot, assuming there is not a 16th different winner.

The race featured just five cautions for 28 laps, and that includes the two that come at the end of each stage. The last one came when Bell spun on the 252nd lap, and Harvick pulled away after a pair of green-flag pit cycles.

The final pit stops under green came with just more than 50 laps to go.

“I got held up pretty bad at the beginning of the run by a couple slower cars and that was ultimately the difference when you get beat by a couple car lengths,” Bell said. He locked up a playoff spot with a win at Loudon on July 17.

Before Bell, Buescher was on Harvick’s bumper, but never got around him.

“I think it’s a little easy with this format to feel like third place doesn’t matter, but it’s nice to be close and to keep progressing and getting better,” he said. “Just burned the rear tires up. Ultimately that’s on me. Lap traffic didn’t do us any favors, either, but ultimately just got to keep the rears under us a little bit better so we can have a little bit better shot there to get after him for the win.”

Ross Chastain has ruffled many feathers this year with his aggressive style and Sunday was no different as he got together with Kyle Busch on lap 241.

Busch rallied to finish ninth, but said: “We got ‘Chastained’ this week.”

Chastain, who took the lead at the start of the race and led the entire 70-lap first stage, never got back to the front again and finished 18th, two laps down.

Ty Gibbs again replaced Kurt Busch, who missed his fourth consecutive race while recovering from a concussion. After getting his first top-10 finish a week ago, Gibbs finished just 180 laps before his engine blew. … Bubba Wallace, like Gibbs driving for 23XI Racing owned by Michael Jordan and Hamlin, had his string of top 10 finishes stop at four. He wound up 13th. … Kyle Busch’s string of eight consecutive finishes outside the top 10 ended with a ninth-place run.

The series moves to the road course at Watkins Glen, New York. 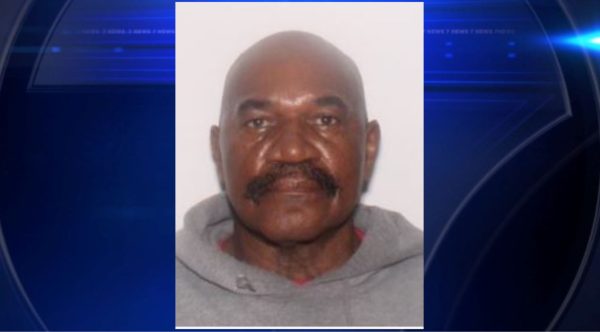 Authorities seek the public’s help in their search for a 72-year-old man who went missing at Fort Lauderdale-Hollywood International Airport.

According to the Broward Sheriff’s Office, Isaac Sanders was last seen in the area of 50 Terminal Drive at FLL at around 2 p.m., Sunday.

He stands about 5 feet, 10 inches tall, weighs around 205 pounds, and has black hair and brown eyes.

Sanders was last seen wearing a gray T-shirt with the word “Lee” on it, dark blue pajama-type pants with Mickey Mouse on them and brown sandals.

According to his family, he suffers from dementia.

Officials urge anyone with information on Sanders’ whereabouts to call BSO Missing Persons detective Christopher Blankenship at 954-321-4268 or BSO’s non-emergency number at 954-764-HELP (4357). 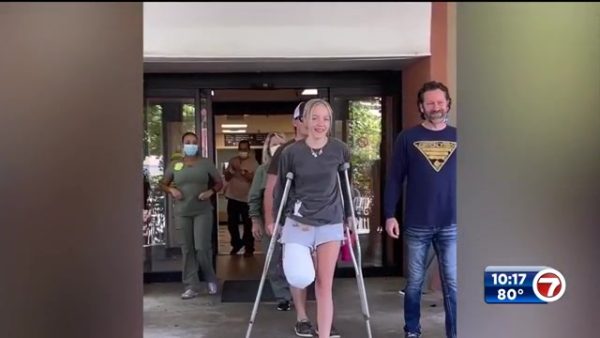 A North Florida teen faces a long road to recovery months after she survived a shark attack.

Addison Bethea, who lost part of her leg in the June 30 incident, is back home from the hospital and on the mend.

Before the 17-year-old left Tallahassee Memorial Healthcare’s rehabilitation center earlier this month, front-line workers who took care of her gave her a round of applause.

Bethea has come a long way since the attack. The teen was hunting for scallops in the water near Keaton Beach in Florida’s Panhandle when a shark described by her family as nine feet long swam up and bit her.

“I didn’t really know exactly what to do, but I knew that with sharks, you’re supposed to punch them in the nose to get them off of you, and I couldn’t get around to punch it in the nose,” she said, “so then I just started socking it in the face, and then I poked its eyes, and then I tried to latch it off of me with my fingers, and it bit my hand.”

“Well, we were actually swimming side by side when it happened, and I heard her, like, make a noise, like something scared her, and I sat up and looked and didn’t see her,” he said, “and then she came up in the water, and I saw the shark and the blood and all that.”

That is when Willingham, who’s a firefighter and emergency medical technician, swam over and got the shark off.

“There was another boat that pulled up, like right next to us, to get her, so [a boater] helped me load her in the boat, and then we put the tourniquet on her and then got her back to land as soon as as possible,” he said.

Addison was taken to a Tallahassee hospital when she had to undergo a partial amputation surgery for her leg.

The hospital later posted updates like her first steps after surgery.

Now that she’s back home, Bethea said she’s grateful her brother was there to save her life.

“He’s always been kind of like a hero to me. Ever since we were little, he’s always been there, and I don’t really expect anything less of him, to be honest,” she said. “Like, anytime I was in trouble, he would get me out. He promised me.”

“It’s definitely not something I ever expected to watch, but seeing her now and how positive she is, is good to see,” he said.

Bethea’s family said they are planning to continue her outpatient rehabilitation, as well as home healthcare services.